NOTE: You the Game Master are now on your own on what the numbers are needed to roll. Make up a difficulty from 1 to 20 and see if they beat that number or just let them roll and interpret by how well they roll. You can also roll dice against dice and see how that goes. Just wing it. Give the example characters weapons as needed. Add more detail as needed.


One giant rotten stinking city state built upon layers of foul ancient ruins is Punkinberg. It sits upon atop a great mountain spire with high walls and a precarious road that one could drop off to the sharp rocks below. Once a small outpost, it grew into a vertical city and a kingdom. It's castles and noble districts glowing like a beacon into the night. It's the midway in a trade route so it's always full of out of towners. It also has an inland dock on a freshwater sea that has another nation across from it.

The Lord Mayor Rufus Malthus of House Malthus runs the city. He is a large fat heavily perfumed but still smells of shit and sweat type of guy. He has a huge greasy head of curly hair and has fancy clothing and white makeup. He is 35 years old. He has many piercings and quite a few pieces of jewelry as well as a silver grill. He is playing all sides and will do anything to keep in power. The Mayor controls the Town Guard and the Sheriff. Destiny 4

The Sheriff Gibby Sun is a little red haired man with a sick attitude. He is 45 years old. He has stabbed his way to the top of the Town Guard and became Sheriff and is stuck up the ass of the Lord Mayor. He is always in his fine chainmail and carries his magical sword Punkslayer and his magical shield Reflectoir. He has his “special” group of mercenary DUNGEONPUNKs he calls the Sun Dogs. They all wear some sort of bright gold tabbard with a sun symbol on the front and back. He has control of the Town Guard as well. Destiny 8

The King Reginald McManus of House McManus is a dashing tall man with long blonde hair. He is tattooed from head to toe with pictures from ancient tales. He normally walks around bare chested with white leather pants and high boots, dragging his family sword Goonkiller in one hand and a bottle in the other. He is 37 years old. He tries to hold onto power but his father left the royal house with too many enemies. Characters that do heroic things shall gain his attention. Destiny 12

The Prince X McManus of House McManus is a spitting image of his father just better looking. Yes his name is just X. He is 15 years old. He cares not for this life and yearns to be free of it all because the prince has no clue and has no knowledge of how shitty the world really is. The prince is stupid. Destiny 3

The Earl Markus Rothchild of House Rothchild is an old DUNGEONPUNK with a purple Mohawk and fine purple garb. His pale skin is accented by dark purple lipstick. He has many silver piercings and jewelry. He makes claim to the throne as his uncle was next in line but killed in childhood, SO thus the crown should have gone to him but he was imprisoned. He has his Rothschilds in their purple tabbards working as muscle for him. Destiny 8

Lord Dorfus of House Dorfus is a Nobleman who worked his way up the ladder as a former slave Bureaucrat in various positions. He is small, bald, and fair as he is a eunuch. He is always very well dressed and surrounded by his 10 or so other little men who are eunuchs as well. He is very knowledgeable in heraldry and everyone of the movers and shakers from high to low in Punkinberg. If you want to know something then talk to him. Destiny 5

Earl Contentious of House Contentious is a minor noble who has aspirations of gaining the throne. He is old and wrinkled with a white mass of hair that looks like a lions mane. He has many piercings and jewelry of silver. He is pretty much a low noble and is terribly in debt. He is vile and evil and is know as a total worm by everyone. He is a drug addict, alcoholic, thief, murder, and liar. He is famous for beating up his child servants for just sheer evil pleasure. In fact he makes a show of it at dinner parties that are not attended by any Noble with any face. His dinner parties are a great place to meet really bad people, cultist, and devil worshipers from the Low side of the city.

Lord Blackfire of House Blackfire is a sharply dressed nobleman with long black hair and beard. He wears leather and jeweled garb and carries a sword stolen from conquest. He is rumored to be a Warlock and devil worshiper. The rumor is true. He does not care if he burns down the world as long as he helps it burn. His tabbard is black leather with an eye on the chest. Destiny 8

The Bishop Isadorous of the State Church of the Fire God is always immaculately dressed in his robes and likes the young men as he always has one at his side. He always has hair and makeup like a weird old woman. He vies for power playing all sides sides and has the power of the State Church backing him with his Red Guard. He is a Healer of great power with a Destiny of 8.

The foreign Prophet Rasputin of the Church of the Mountain God has black robes and long wild deadlocked hair and beard. He is a healer of great power. He tries to incite the people for revolution with his soldiers he calls the Dreadlocks. Destiny 8

Garducci is a foreign diplomat. His two trusted men that accompany him are Porcellini and Bartolinni. They were weird fancy foreigner clothing with lots of jewelry and are heavily perfumed. Their public face is very sociable and kind. They are always throwing charity events for the poor. The Diplomats try and turn everyone against each other by planting rumors and framing up anyone they can. They plan on the Prince marrying their Foreign Princess and will have any rivals assassinated. They all have a Destiny of 6.

The Foreign Princess Nikita Polarmo is a beautiful girl with long black hair. She is sporting a left black eye. She wears Gothic medieval style. She is only 15 years old. She has been trained since birth by the King and Queen Polarmo to get what she wants at any cost and will do anything to marry the Prince. They will then assassinate him and take over the country. She will kill anyone in her way. She is so evil that she tends to kill at least ten or so servants a week. She always has a supply of fresh servants to torture and kill. Her servants are always looking down and show evidence of torture but are also immaculately dressed. She is smart enough to keep this evil side a secret. She has learned to use magic items and may have a few powerful ones. Destiny 5

The Escaped Foreign Servant Girl Mikki has been marked for capture, not death. That will come at the hands of the Foreign Princess Nikita! It appears this servant girl punched the Princess in the eye and escaped with her life when she was being choked out. She is 18 years old. Destiny 2


The Nobles families play all sides vying for position. Almost all nobles are cruel and evil. They will try and kill each other to move up in power. Make up different Noble families to add to these.

The rest of the city will be detailed but left open for customization.
Posted by Eldrad Wolfsbane at 6:31 PM No comments: 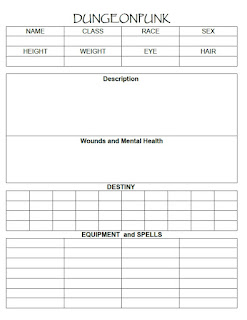