CFRPG Monsters Finished (Kinda) Well I finally added all I was going to add to the monster list. Hopefully I have time to get them on the entire list tonight but at least SOME major progress is better than no progress. One thing is the document(s) will be ready for you to print it yourself. 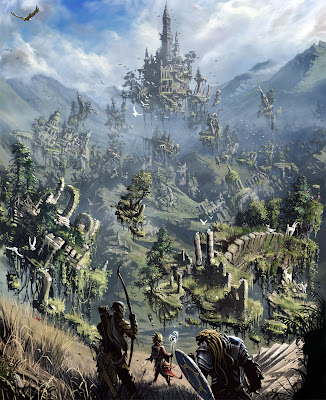 Seeing the reactions to other RPGs out there is kinda scarey to look at. Some get catapulted up on high, some get cast aside and never looked at again, some (not many)get mocked. 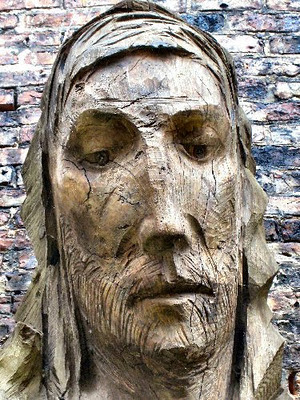 Since I listen and study what the OSR masters say I won't be trying to make a living doing this. Hell I already make a pretty good living. I am just doing this for the love of the game and to present the Neo-Clone in a slightly different way. 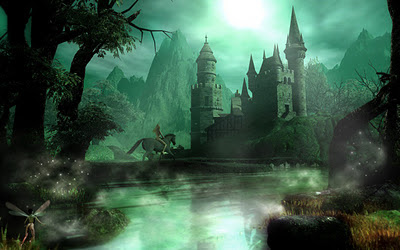 Yeah but anyway...
Posted by Eldrad Wolfsbane at 3:42 PM 1 comment: 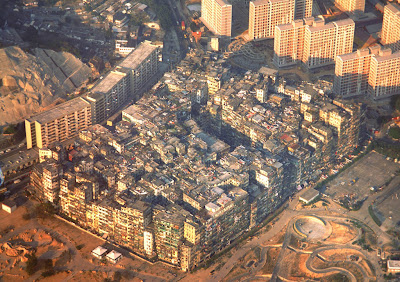 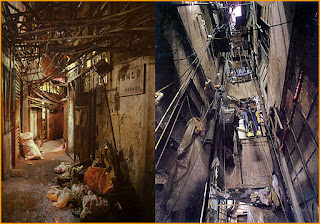 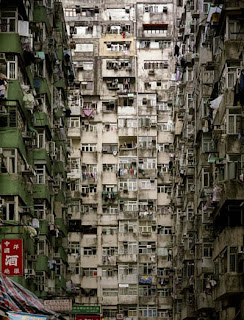 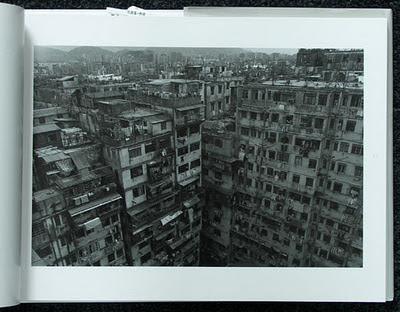 The city strangely started to crumble and die as soon as they cut the power and water.
Posted by Eldrad Wolfsbane at 7:21 PM 2 comments: 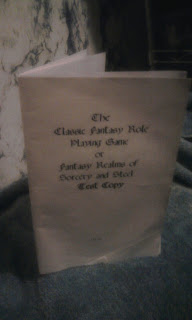 This is a test copy. What I am hoping for is one 40 page booklet but it looks like the game will be longer. Charlie and I have decided to split it up into at least 3 books. There is no schedule on this but we are hoping sometime in January to release a no art version beta test. Don't really care if it is perfect it just needs to have good content presented where gamers can understand and play it.
Posted by Eldrad Wolfsbane at 7:57 AM 3 comments:

CFRPG Monsters and how they work.

Nothing more to it than that. But just say you want to create a more "modern" monster. No problem!

Garron Beast AC16 HD7 Move60/30c Bite 1d8, Claws 1d6 x2, Tail 1d6
The Garron Beast is a creature that is know to attack entire parties, They are very intelligent beast and collect treasure for various missions of evil. They can track +3. The Garron Beats appears to look like a cross between a tiger and a lizard. It's origins are unknown but many scholars think Garron Beast are demonic.

Well there seems to be very little difference in function just in how much of the page it takes up.
Posted by Eldrad Wolfsbane at 9:23 AM No comments:

Goblin AC HD1-1 Move2 Damage 1d6 Weapon and Ranged.
Small 4' tall evil stinking humanoids of various bestial looks. They only live to destroy. They are the ancient enemy of the dwarves but the plague all when they come to an area and multiply.

Dog Men AC14+ HD1-3hp Move20 Tricky! Daggers 1d4 or Shortbow 1d6
These are small evil cunning creatures that look like 3' tall men with dog's heads. Also called Kobolds by some! They only exist to breed and kill out mankind and their kin.

That's it. That is all there is to it. If I leave off the description it looks even shorter.

One thing I know when messing with the OSR type rules is simple to write an adventure. Creativity flows with rules-lite that cannot flow as they do with rules heavy.

SO with all the rules out there why the hell am I writing another game? Well I am not writing a Retro Clone per say I am writing a Neo Clone. I was thinking about writing a rules variance for LL/S&W/OSRIC but those are their own game. They have their charm but class race and class race restrictions as well as level limits as well as some of the mechanics just need to be left out and changed. They to me are just not any fun.

My daughter's boyfriend was getting ready to play a Labyrinth Lord/AEC and he wanted to play an Elven Ranger. When I told him of the rules restrictions he just didn't seem interested anymore. Why is that restriction there? For no better reason than to retain the spirit of the old rules and no other. Yes I should have let him just play it but why is the restriction there? It makes no sense. Elves live in the wood and they should be rangers and Druids. The OSR needs to let go of the restrictions and come out with each their own "Unearthed Arcana" rules variations.

At the same time if someone wants to play any old school game restrictions and all I am there!

Rules should be there to facilitate role playing not restrict it. This game I hope will be one of the answers

I have decided that this game will be from the hobbyist approach. This mean the game will be free and I am even going to include instructions on how to print it out and make your own fold over booklets. There are plans to make a version to sell but really it's going to be done for the love of the hobby.
Posted by Eldrad Wolfsbane at 5:37 PM 2 comments:

Some more rantings about CFRPG

The CFRPG is going really well. Editing is happening in spurts in DnD Charlie's life. Far more than I could do being CUT OFF from a full computer and the internet and having severe ADD.

I was having some deep gaming thoughts while trying to cope with work the other day. Agree or disagree with this philosophizing.

We all know the More and Less part of the Rules.

What many players DON'T like are the Old School restrictions. Like what? For example in many Retroclones Elves can't be rangers or druids? Why? They live in the freaking woods. It would seem natural that they would be able to be rangers and druids but these restrictions are held onto and in my opinion need to be written out of the next generation of Simulacrums.

For many new players the cat is out of the bag on races being able to play the class they want. Every time I pull out an Old School game and start explaining the restrictions of what class each race can play the "this sucks!" face comes out and they just don't play.

This is with new and old players alike. Level limits do the same thing. They chase away players and can't really be explained without forcing the story.

Now I understand that a DM could force his story to explain the rules but that restricts in a small way some of the stories freedom and the player's fun. Now it may not restrict it at first but when your demi-human goes down every time due to lack of hit points and progresses so slow that the player gets bored and gives up because he is not having fun anymore what then?

I want as many race and character options as I can get to be able to play what I want but without the game ever getting rules heavy and I really think the CFRPG has done this very well.

Most of all it's easy to run and easy to play. Fast flowing and large combats are very manageable by Player and GM alike.

The CFRPG will be know as a Neo-Clone as it it's going to be somewhat a Retroclone but with many of the modern options. Most of all it will be easy to run and easy to play! Easy to make a character in about five minutes.

I know the purpose of the retro-clones were to be able to recapture the Old School Style of gaming but so many of the ridiculous restrictions restrict the fun while so much of the New School Style's huge multiple volume rules you have to stop and look up or can't play without computer cut and paste assistance restrict the fun as well.

Now I don't stand here upon a hill poking bears with sticks challenging the powers that be I just have my opinion formed from my observations of what is going on with gaming here lately.

Oh did I also mention that there are plans to have a published version of CFRPG but like many of the clones out there I plan to give it away for free as well. Not only that the books will be in a format to print them out yourselves and put a cardboard cover on it making it look very close to the size and style of the LBBs.

There may even be a small business opportunity in printing them out yourself as well.
Posted by Eldrad Wolfsbane at 3:07 PM 1 comment: