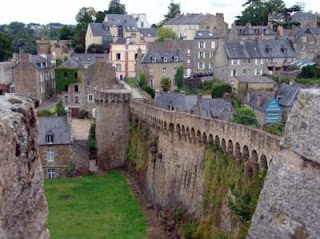 Nothing new here under the sun but the organization and presentation of the entire project is just amazing. It allows OGL publishing of the first edition rules of some certain game we all know. After trying and trying to write my own retro clone mixed with new stuff and giving up for the millionth time yet again I stand looking at OSRIC in amazement.

Overall I love it!

Character Creation is what we all know. Simple and fast compared to "modern" rule systems. Still full of Class and Race restrictions that make no sense but to some it is a tradition. However I will play it like the rulebook says to and make up the rest.

The Initiative system is going to be really interesting. My group says they will try it soon. They play 4th edition mostly. They were not impressed with S&W even though it was some of my best GMing I have ever done.

Some of the artwork is as good as mine which is not saying much but other bits of artwork are fantastic. The OSR need to embrace the professional and the amature artist and this book reflects this.

The Spell List is detailed and I have yet to find any problems.

The equipment list is lacking transports and there is an absence of Ship Combat. There also seems to be no construction and siege rules as well. There is no Mass Combat. I am sure that the writers are working on it as we speak as another book is coming out. With the talent here it will be good.

The Monster list is HUGE. The writers put the treasure roll WITH the monster description. Genius and LOTS of work. It will make running monsters very easy for the GM. I just wish there was a monster chart with the basics of all the monsters just like on the old DMG.

The non OGL text on how to play and such are done so very well and does it's job in stirring up the old school feeling of the dungeon crawl.

Tables and more tables. Just fantastic! I wish the writes would make a book of more tables and these were done so very well!

My question is how did just a handful of people rewrite and organize this OGL project so very well? OSRIC is an obvious labor of love, done by people who love the hobby and are keeping Old School Gaming alive.

I still don't understand Old School dissenters of the OSR. Their hobby will die as they know is because the old games are sold no more except used. This piece of art will keep it alive.

This rulebook is perfect as it is and needs to stay unchanged.
Posted by Eldrad Wolfsbane at 4:28 PM